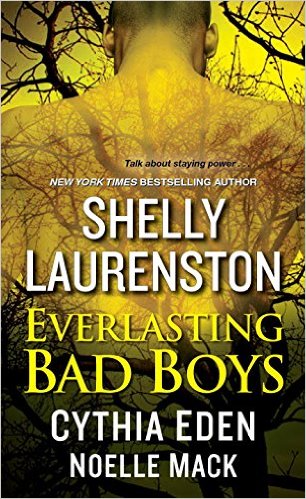 They’re bad boys-with that little something extra. Sexy, wild, out-of-this-world talents that can leave any woman feeling weak at the knees (among other body parts), they’re the ones to call when you want pleasure that lasts…and lasts…

Even for a dragon, Ailean the Wicked has a bad reputation. For 150 years he’s been renowned for his fighting prowess, but now he’s got a new conquest in mind-a gorgeous dragoness known as Shalin the Innocent. Ailean suspects she’s anything but. And while he’s saving her from her enemies, he plans to prove that, even in human form, a bad-boy dragon can show a girl a good time that’s truly off the scale…

No witch in her right mind would summon an immortal soul-hunter to her aid, but Serena Tyme needs Luis D’Amil’s help to destroy the warlock who’s stalking her coven. And she’s willing to pay any price he names…especially when the tall, dark, sexy-as-hell assassin shows her he can work some sensual magic of his own…

Finally, Beth Danforth has found a man who can flip her switch. That’s because supersexy Justin Watts, CEO of SpectraSign, is literally made of light, with a dazzling, custom-built body. The only thing he needs to maintain his energy level is to turn up the heat with a real woman, and with Beth, the results are guaranteed to be electrifying.