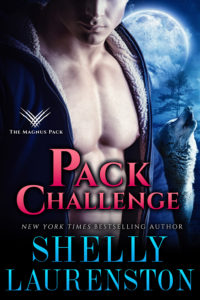 Waste of his time. That’s what this was. Minutes of his life he would never get back. Zach walked into the club, surprised to find a place like this, called Skelly’s, in this dinky little Texas town. Hardcore industrial and tech music tore through the tiny club and Zach let himself relax a little. Based on the outside of the club and all the pickup trucks in the parking lot, he assumed this place would be redneck heaven. His kind usually ended up in the middle of a shit storm around rednecks. Too much testosterone and liquor always led to trouble.

He moved through the tightly packed club, checking out everyone, until he reached the bar. He watched the bartender, a cute, petite black woman with a shaggy mass of dark curly hair, pull drinks for a few moments. She was definitely a pro and each drink she made absolutely precise. She never gave any more or less than necessary. Plus, she kept up a continuous conversation with a tall, seriously hot Latina at the other end of the bar and never missed a beat. Never splashed a drop. She was good.

He held up a ten and the bartender moved down to him. He caught the last bit she yelled to her friend, “I can’t watch her and serve. I thought you were watching her.” She turned to Zach and flashed him an adorable smile. “What’cha need?”

The girl nodded and her hand went searching under the bar, then her face froze. She suddenly disappeared, crouching low to get a closer look. “Motherfucker!” she snapped. When she re-appeared, she’d lost her smile. “Gimme a sec.” She headed to a door behind her, yelling over at the Latina, “Angelina, she took the bottle.”

“Uh-oh.” The Latina turned and looked out across the dance floor to a group of tables and barstools filled with people. Zach followed the woman’s line of sight and immediately saw her.

She was tall; taller than her concerned friend. Her coal-black hair reaching past her shoulders and brushing across the strap of her black tank top, which showed off the Celtic tattoo on her right shoulder. When she turned her head, Zach could clearly see the ragged scar that tore across one side of her face.

Surrounded by four young men, she didn’t seem to notice them. In fact, she seemed downright bored. He wasn’t quite clear what her friends were worried about.

“Here ya go.” The bartender pushed the shot of tequila in front of him. “Your change.”

Zach waved it away. “Keep it.”

“Thanks.” She shoved the cash into the back pocket of her jeans and returned to the end of the bar to speak to her friend.

“Well, we’ve got to do something,” she said. Zach could hear her clearly over the music and even the words she spoke with her back to him came in crystal clear. “She’s toasted.”

“Yeah, but remember what happened last time? I guess we should just be grateful she doesn’t drink every day…or year. Or decade.”

“What’s with her tonight anyway?”

“I think her leg’s been bothering her.”

“Her leg is always bothering her. What makes this new?”

“It’s getting worse. And I think she’s worried. Worried what it might mean.”

“It doesn’t mean shit. She reads too much into stuff.”

The dark-haired beauty leaned back and stared at her friend. “Look who’s talking. Pot, this is kettle calling.”

The girl flipped the bird and deftly made a martini all in one move. He was impressed.

Zach turned back to the other girl. She slipped off the stool she’d been perched on and in the middle of some guy’s sentence simply walked away. Well, more like she limped away, but he’d heard her leg had been severely damaged. Still, she used no cane or crutches as she, most likely, made her way to the bathroom.

He wouldn’t have thought another second about the whole thing except for the two men leaning against a far wall. They didn’t fit in, although they were desperately trying to. They wore black leather jackets, but brand new ones that looked as if they’d been bought that day. Their shirts were black, but silk. The pants pleated. And their shoes? They were leather, expensive, and Zach wouldn’t put those fucking things on his feet if there was a gun to his head. And as soon as she moved, they followed. Zach shot back his tequila then followed them all.

He’d just pushed his way through the crowd and to the back of the club when he spotted them. One grabbed the girl around the waist, lifting her off the ground. He slapped a hand over her mouth and the three of them were out the back door. It happened so fast none of the other patrons even noticed.

Zach burst into a run, knocking people out of his way, terrified he might be too late. He slammed through the back exit and spilled out into the alley. They’d thrown the girl down on the ground and one had his hand raised above her. To anyone else it would have looked as if he were going to slap her. But Zach knew one swipe from that hand would rip the girl’s throat out. He snarled, forcing his canines to lengthen and grow. The two men turned and one roared in answer.

But before Zach could make any kind of move, the girl pulled a long, thin piece of metal out of her worn cowboy boot and stabbed up into the inside thigh of one of her attackers. He roared again, this time in rage and pain. The unharmed one seemed to realize this was no longer a simple plan of killing the girl. She wasn’t going to die quietly. So he grabbed his partner and the two sprinted from the alley, leaving a trail of blood behind.

Zach went over to the girl who, by now, had slipped the weapon back into her boot and attempted to pick herself up off the ground—clearly a major chore. Zach sighed and grabbed her arm, easily hauling her up.

“Hey!” she snapped, looking up at him. From where he sat at the bar, he hadn’t realized exactly how pretty she was. Amazingly pretty. Dark brown eyes peered at him from under black lashes. Her skin a light brown, with a hint of red. And the brutal scar on one side of her face couldn’t hide her sharp cheekbones or full lips. In fact, it only enhanced them.

Those intense eyes stared straight at him. “Pretty teeth,” she drunkenly mumbled. She had a light Texan accent. Not as hearty as the others he’d heard on his ride from California. “Long.” Her right index finger slid inside his mouth. It suddenly occurred to him he hadn’t yet retracted his canines.

Smiling at him, she said, “You’re pretty, too.” Wow, she was really drunk. With a sudden surge of strength, she slammed Zach against the far alley wall. “I’ve never seen anyone as pretty as you.”

Zach had been called a lot of things in his lifetime, “pretty” wasn’t one of them. Growling as she smiled—uh, no—leered at him while her body leaned into his, her T-shirt–covered breasts pushed into his chest, startling him with the heat of her body.

She kissed him. Soft lips on his mouth; tongue sliding past his teeth.

Their tongues connected and Zach had this incredible; urge to take her right there, in the alley. When he felt her hand slide down the front of his jeans and take firm hold of the bulge growing by the second, he knew he had to have this woman. Now. This minute. This very moment. Before he could even put his arms around her, though, they pulled her from him. Torn, was how he thought of it.

He’d been so lost to her he didn’t even realize her friends had burst into the alley, clearly prepared for a fight. The one called Miki had a baseball bat, probably from behind the bar. The other, Angelina, had removed her high-heeled shoes and seemed ready to handle the situation with her bare hands. Yeah, those designer clothes didn’t fool Zach for a second. That woman would cut your throat as soon as look at you. She definitely had that take-care-of-herself quality.

“Sara!” Angelina yelped while yanking Sara from Zach. Miki stood back and stared, the bat still at the ready. Zach could only imagine how it must look to them with their friend’s tongue down a stranger’s throat and her hand on his crotch. “What are you doing?”

Zach quickly retracted his canines back to normal human incisors seconds before Angelina looked at him, carefully sizing him up. Shame he couldn’t control his dick the same way he did his teeth.

Sara pulled away from Angelina and leaned back into Zach. She smiled again, her eyes on his lips. “This is my pretty man. Isn’t he great? I think I love him.”

Miki rolled her eyes and lowered the bat. “You have got to be kidding me.”

“No!” she snapped, causing her friend to stop in her tracks. Zach watched, startled at Sara’s level of aggression.

But her friends seemed completely unaware of how close they were to real danger. Miki burst out laughing while Angelina looked more annoyed. “Sara, honey, you’ve got to let your toy go.”

Angelina glared at him. “Work with me,” she bit out between clenched teeth.

“But first…” Sara whispered so only Zach could hear, her hand slipping around the back of his neck and pulling him down so their faces were barely an inch apart. “It would be just rude not to say night.”

She kissed him one more time. And that urge to take her returned full force, whether her friends were watching or not.

“Whoa!” Miki exclaimed with a laugh.

Before he could slam Sara face down over a garbage can, Angelina had her friend by the waist, dragging her back to the club. “Come on, sassy girl. We need to get some coffee into you before you set somebody’s car on fire…again.”

Miki pulled the back door open as Angelina, literally, threw her friend inside. “That’s it. No more tequila for you, missy. Ever.”

Miki followed them but stopped at the entrance. She turned and looked at Zach. “Sorry ‘bout that. She’s really drunk.”

“No problem,” Zach forced out, using all his inner strength to simply control his dick.

Miki flashed a pretty smile and turned to enter the club. She stopped short. “Jesus Christ, Angie! Get her off the floor!”

Zach pulled out a cell phone and pushed a button. While he waited for the connection, he quickly adjusted his suddenly tight-fitting jeans. “Hey,” he answered when he got a pick up. “It’s Zach. It’s definitely her. But they’re already here.”