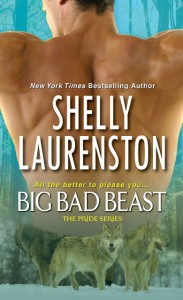 Dee had to admit she was impressed by how Ric ran these mass barbeques with lots of breeds and personalities involved. Several barbeque pits worth of meat could lead to all sorts of trouble when dealing with so many predators, but he had been smart from the beginning and drafted Lock, Novikov, and Bobby Ray to manage the food. Then he let the wild dogs feed their kids first, ignoring the whining and roaring from the lions who had woken from their death-like slumber as soon as someone yelled out, “Food’s on!”

Once the kids were taken care of, he set up lines for the buffet, but had already pulled out a couple of slabs of ribs just for Mitch and Brendon. While the pair downed that, the rest of them were able to get their food without much of a fuss. Something Dee was sure all concerned appreciated.

Two hours later, there was barely any food left and the pool area was filled with well-fed shifters enjoying the night as small lights automatically popped on around the property.

Like her mother and her mother’s mother, Dee-Ann had made sure everyone else had eaten before she went back to the buffet to get her own. There wasn’t much left to choose from and she sighed a little, picking up one of the few clean plates stacked at the corner of the table.

“Your food is inside, Dee,” Jessie Ann told her, taking the plate away while a group of wild dogs and Blayne helped clean up.

“Ric made you a plate. It’s in the kitchen somewhere.”

“Probably in the oven,” Blayne piped in, expertly stacking up dirty plates and platters.

“All right. Thanks.” Dee started to walk off, heading back to the kitchen, but she stopped and asked, “You know where Ric went?”

“Check the roof,” Blayne told her.

Dee went to the kitchen. Stein sat at the kitchen table with his head resting on his arms. The poor thing had had a hell of day, hadn’t he? Beaten up by polars and made to cook for demanding lions. He’d come through it like a trooper, though.

“You all right?” Dee asked while she found her plate of food right where Blayne had told her it would be.

“You did a nice job this weekend. Taking care of all these people. And the food was great.”

“That was mostly Ric. He’s an amazing chef.”

Stein slowly sat up. “How do you know that?”

“I know that because I know your cousin. He wouldn’t bother pushing you like he does if he didn’t think you had the talent to back it up.”

She shrugged and gathered together a fork, knife, and cloth napkin.

“And if you have any more problems with those bears, you let me know. All right?”

“But no more gambling, or I’m liable to get ornery. Understand?”

“I understand, but it’s not that easy.”

“Make it that easy. Because you won’t like it if I get ornery, son.”

Dee tucked a bottle of imported beer into the back pocket of her jean shorts and took her plate up several flights of stairs until she reached the stairway and small door that led to the roof.

Van Holtz sat Indian style on the roof’s balcony, an empty plate next to his crossed legs, a bottle of wine and a half-empty wine glass near his knee. A small insulated bag sat behind him. He was mid-yawn when she stepped out and she debated going back out again to give him some much needed peace but he saw her first—and smiled. Moving over a bit, he patted the empty space next to him.

Feeling more welcome than she ever had before, and with only a simple gesture, Dee sat in the spot he indicated. She placed her plate down and pulled the bottle of beer out of her back pocket. She suddenly wished she’d brought a bottle opener since using her front fangs seemed the height of tacky, something her mother had always told her and something Dee had always ignored.

“Let me see that,” Ric said, spotting her dilemma. He took the bottle and popped off the top using his claws. “Adelle taught me that.” He handed the bottle back to her. “She worked a few summers in the hardcore seafood restaurants out here.”

“Thanks,” Dee said, retrieving the bottle from him and taking a quick sip. “And why would she do that?”

“Experience. A lot of us worked in different restaurants when we’re younger to get a feel for not being in a Van Holtz kitchen.”

“Not really. You keep taking jobs at restaurants with the worst reputations in the city or state, thinking there has to be somewhere more abusive than working with your own family—then you find out you’re wrong. You’ll never work any place tougher than a Van Holtz kitchen.”

Dee took her first bite of a beef rib, the meat falling off the bone, the tenderness of it literally melting in her mouth, and she could only reply, “Shut up, suffer, and learn from your kin, Van Holtz, ’cause this is amazing.”

Ric laughed. “I’m glad you like it. Your beans were a big hit, by the way. Who knew you could sauté?”

“Told you I wasn’t helpless in the kitchen.”

“Everyone says that. Then they end up crying in a corner.”

Ric sat back with his wine and let Dee finish her food. Like most predators, she ate quickly, always worried someone was going to steal her meat from her and drag it up a tree out of her reach. But when she leaned back, licking the last remnants of barbeque seasoning off her fingers rather than using her napkin, he knew he’d made a damn good meal.

“You do have a way with meat,” she finally said, leaning back with her palms flat behind her, her long legs stretched out and crossed at the ankles.

“I know that’s a compliment, but it still sounds…weird.”

She smiled and Ric felt himself melting.

No. Not melting. There could be no melting around Dee-Ann Smith. Especially when he should be angry with her because she couldn’t keep her damn mouth shut.

“Did he?” She laughed when Ric scowled at her. “What, Ric? Did you think I wouldn’t find out? That I wouldn’t tell him what I knew? You could have gotten killed today.” Then she softly added, “I could have also handled this myself, but I didn’t.”

“You could have at least waited until after the holiday before you told him.”

“Could do lots of things—often don’t.”

“I don’t know what that means, but I’m heading to Washington tomorrow to meet with him.”

“You’re coming with me.”

“You’re ruining all my fun.”

“I’m cruel that way. We wait until we talk to Uncle Van.”

“No. He’s just the man who signs your checks. He’s your boss. And mine.”

“Fine. We’re not flying coach, though, are we?” She hated being stuck in those tiny seats with nowhere for her long legs to go.

Ric gawked at her, making her think she’d started speaking in tongues like old Great Aunt Delilah used to do during church services.

“A commercial plane? Me?”

Dee laughed outright. “Foolish me. Thinking we might have to sully ourselves on a commercial flight like all those normal people.”

“That’s an insane way of thinking, Dee-Ann, and completely unacceptable when you’re with me.”

“I’ll keep that in mind.” She glanced around at the empty plates. “You ready to head back down?”

“And miss the best part?”

“Best part?” She figured he meant to get her naked up here—not that she’d complain if he did—but off in the distance near the park they’d been at the day before, explosions sounded and fireworks exploded in the sky overhead.

The guests below reacted with cheers and applause—although some of the dogs yipped nervously and the pups squealed.

“Absolutely. Although if I’d known there’d be a show, I’d have brought us some dessert so we could eat something sweet and watch.”

“Ye of little faith, Miss Smith.” Ric reached into the small insulated bag he’d brought with him. He pulled out small plates, placing one beside her and the other in front of himself. On each he placed four graham crackers and two very large marshmallows.

“Aren’t we supposed to melt these?” she asked, tickled more than she’d ever been before.

“I’ve always loathed the idea of picking up random sticks that were in the dirt and sticking them through clean food. Besides, I’m relatively certain I don’t want to build a fire up here. So no melting.”

“And the best part…” He reached back into the bag and pulled out two bars of Hershey milk chocolate. She appreciated the fact that he didn’t try to use that expensive, snooty chocolate the wild dogs preferred. He’d gone with an all-American favorite and since it was Fourth of July with all that “rockets’ red glare” overhead, it only seemed right.

He handed her the still-wrapped candy and she took it, her fingers grazing against his—and that’s when they both froze, the immediate recognition sending a shiver of absolute pleasure down Dee’s spine.

She looked into his eyes, eyes that were suddenly more familiar than they’d been only an hour ago and she saw the same thing there that she felt.

“Thank you kindly,” she whispered and they smiled at the same time.

“I told Uncle Van I’d be the one to feed you,” Ric sighed out.

“Nothing.” Ric’s hand slipped behind the back of her neck and pulled her closer. “Nothing at all.” He kissed her, the fireworks display completely forgotten,