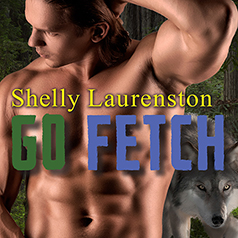 Miki fell face first onto her bed. Huge and so soft, it would be like sleeping on clouds. And it smelled wonderful. She buried her nose into the comforter and breathed in deep. Okay. She’d admit it. A body could get used to living like this. Easily.

She’d spent the last four hours with Sara in the kitchen. They ate biscuits and drank buttermilk while playing with that amazingly sweet, but disturbing-to-look-at dog.

And not once had Conall stopped by. Which was good, dammit. No matter what Sara and Angelina thought, she wasn’t about to hook up with Conall Víga-Feilan, present-day Viking. No way. No day.

She’d learned the hard way that love and sex and all the rest of it was bullshit. A distraction from the bigger picture. Her mother had been planning on college in the hopes of going to medical school. Then she’d met Miki’s father. One illegitimate baby later and she was working herself to death to put food on the table while her own mother took care of Miki. But Miki had no intention of going down that road. So her bigger picture would be the next three days. Everything else would take a back seat to that.

At the moment, the Pack was downstairs ordering Chinese food and Miki had taken the opportunity to come up to her room and take a shower. She felt grungy after her day in the airport and on the plane, and she still had a full night planned. They were all going to one of the Pack’s clubs for some serious dancing and partying. She’d tried to back out of it, but Sara fought her hard, insisting that Miki needed to relax.

But Miki couldn’t relax until she was done. And since she would probably only get two or three hours of sleep anyway, killing some time at a club couldn’t hurt.

She thought about the Pack. They were all so sweet to her…except Zach. And they seemed to really love Sara…especially Zach. She got the feeling life with the old Alphas, Yates and Casey, was a little too stifling for the Pack. Zach tossed around the phrase “free choice” a lot, and Sara didn’t like to be bothered with what everybody was up to as long as the Pack remained protected.

Miki realized now she’d foolishly stayed away from her friend all these months. Being back with Sara, talking and bullshitting, was all she really needed to make her feel one hundred percent better. Now she felt ready to defend her dissertation and start her new life.

That, however was a concern for later. Right now Miki wasn’t ready to do too much of anything. So, still lying face down, she tried to kick off her shoes. Unfortunately, they were boots and she’d laced them up pretty tight. She grumbled in annoyance and for some idiotic reason kept trying to kick one off with the help of the other, feeling way too lazy to actually get up and take her shoes off like a civilized person.

But when she felt strong, firm hands wrap around her boot and begin to unlace it, she jerked in surprise. Pushing herself up on her hands, Miki looked over her shoulder. Conall was at the foot of the bed—on his knees—untying her laces. She had no idea how long he’d been standing there watching her, but her entire body got warm at the thought.

“Hey, Miki.” He didn’t look up, simply kept untying her laces. And, even though he couldn’t see the fronts of her boots, was probably taking a lot longer than actually necessary.

Miki had to swallow to get the words out. “Yeah.” Okay. One word. Apparently she couldn’t manage any better at the moment. All the guy was doing was helping her off with her boots. Of course, he was on his knees doing it. She kind of liked him on his knees.

Get a grip, Kendrick.

She needed to start talking. Now. “How’s it going with you?”

He still didn’t look up; instead, watching his own big hands slowly remove one boot then start on the other. His hair, thick and almost white blonde, fell in front of his face. Like hers, it was longer than when she last saw him, just brushing across his shoulders. His hair reminded her of silk and she wondered if it would feel that way against her skin.

He slid the other boot off and placed it aside. Leaning back on his haunches, he ran his hands over her calves and feet while staring at her face. He had the lightest blue eyes she’d ever seen and they completely mesmerized her.

“Anything else you need help taking off?” he asked gruffly.