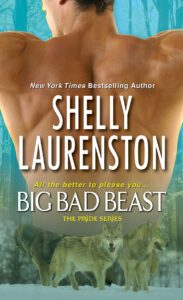 Ric walked into his apartment, placing his hockey bag right by the closet. Yawning, he headed down the hallway toward his kitchen, but stopped when he saw light coming from his office. Without thought, he pulled out the .45 he kept holstered to the back of his jeans more and more these days. Checking corners as he went, Ric made his way to his office, but stopped right inside the doorway.

“You gonna shoot me, supermodel?”

“If you keep calling me supermodel.” He put the safety back on his weapon and pushed it back into the holster. “What are you doing here?”

“Needed some information and knew your computer was linked in to the Group’s database.”

“True. Of course you can also access the Group’s database by using one of the PCs at the Group office. As opposed to illegally breaking into my apartment, I mean.”

“Where’s the fun in that?” She pointed at his TV. “Plus you have a plasma flat screen and a real comfy office chair. Ergonomic and all that.”

Ric walked over to the desk and yelled, “What I’m trying to say, Dee-Ann, is that you can’t just keep coming in and out of my apartment whenever you like!”

Startled, Dee gawked up at him, which was when he added with a smile, “Unless you’re naked.”

She rolled her eyes and shook her head. “Like a wolf with a bone.”

“Don’t I deserve to get a little something out of it if you’re going to come and go as you like?”

“You get the blessing of my company.”

Ric resumed his trip to the kitchen. “I’ll make your blessing something to eat.”

“You don’t always have to feed me, Van Holtz.”

Tonight all Dee got was ham and cheese sandwiches with some tomato soup. That is, the sandwich was freshly carved Black Forest ham with some fancy French cheese with a name she couldn’t pronounce, seasoned with cracked black pepper on fresh baguettes, and toasted in the oven. The soup was made from scratch with tomatoes he grew in the hot house he’d had built into part of his big penthouse apartment so he could have fresh vegetables and herbs for his home cooking. She was surprised he didn’t have a cow in there somewhere for the milk he gave her. She wouldn’t put it past him.

“What were you looking for on my computer?” Ric asked her.

“We’re trying to track down the owners of the properties that have been used for fights in the past. They’ve all been empty locations but each one has been owned. The list is long, so I took half and Desiree took the other.”

“She’s not too good with the thinkin’. Must be all those hits to the head.”

“Make this work. Don’t push her out because you don’t like her.”

“That’s not what I’m doing. She admitted she’s not good with the computer stuff, so I took part of it and Desiree took the rest.”

“Not sure how the headlock in the cafeteria fits, though.”

“It was a mutual headlock and that Charlene’s a tattletale.”

“The lovely Charlene is my eyes and ears so be nice to her.”

“Lovely, huh?” The wording bothered her—she told herself she didn’t know why—so she suggested, “Maybe you should take Charlene out sometime. It’s been ages since you’ve been on a date.”

“Dee-Ann, I work with Charlene. That would be grossly inappropriate.”

And he wasn’t joking. “How is that inappropriate but telling me to get naked isn’t?”

“First off, I don’t tell you to get naked. I suggest it in a completely non-threatening and non-sexually harassing manner. And second, you and I are far beyond the boundaries of workplace etiquette that I normally abide by.”

“Because you constantly break into my apartment, wear loose-fitting clothing that simply begs for me to feed you so that they won’t be so loose all the time and, to be quite blunt, you’re damn cute.”

“Charlene is lovely and I’m…cute?”

“Damn cute. You keep forgetting the damn part of it.”

Disgusted, Dee went back to her delicious sandwich. No wonder the man made such good food. It was the only reason she hadn’t chucked it at him.

“Almost every one of these properties is shifter owned.”

Dee leaned over his shoulder to get a better look at his computer screen and Ric worked not to bury his face in her neck and sniff. Something she’d already caught him doing more than once.

Honestly, how could the woman be so oblivious to the attraction between them? Or, at the very least, his attraction to her.

It had been ages since he’d been on a date? He knew that! Because he was waiting for her! What was the point of going on a date with a woman he knew would never be who he wanted? It wasn’t that he was a saint or anything, but Ric had never been one of those one-night stand guys. He never knew how to extricate himself from those situations the day after. It was a skill he simply lacked. Like his inability to golf well.

“Do you know any of these people?” Dee asked.

“Some of them. I’ve heard or know of others.”

“Can you get me some home addresses?”

She briefly chewed the inside of her lip. “No reason?”

“Is that a question or a statement?”

Ric turned his chair, facing her. “You can’t harass these people, Dee-Ann.”

“Harrass? Who says I want to harass anyone? I’ll just ask a few questions.”

“What’s that look mean? What do you mean by that look?”

Slowly, Dee stood up straight, her hands resting on her hips. “And why would you suggest that?”

“Let’s just say your strengths aren’t in that particular area.”

“I am damn good at interviews.”

“No. You’re good at interrogations. Interviews are not your strong suit.”

“Since you made that six-year-old cry.”

Dee stamped her foot. “She was hiding something!”

He made her use the front door like some common guest, walking her to it and handing her a paper bag with several slices of that angel food cake she loved from his restaurant.

He leaned up against the doorway. “Don’t be mad at me, Dee.”

“You accused me of terrorizing children.”

“No. I accused you of being really good at your job, where little things like age or infirmity or the inability to count past ten without your mommy’s help don’t really stop you from getting the truth.”

“Man,” she griped. “You kick one walker out of an old sow’s hands and suddenly you’re all levels of evil.”

“Are you kidding? You’re the best thing that’s ever happened to the Group and to shifters. You’re a protector, and I can’t think of anything that means more to me or to the people you protect.”

Damn him! Damn him to hell and back! Being all nice and well-spoken. Thank the Lord he was actually a good guy, because if he decided to become a serial killer, he could be worse than Ted Bundy! Luring girls in with his supermodel looks, sexy body, polite ways, and damn waffles!

“Are we okay?” he asked, and she hated him a little for making her want to ease his worry.

“Good. I’ll talk to you later.” Then he leaned down and kissed her cheek, taking Dee completely by surprise because he’d never done that before. He kissed his female friends all the time, like Teacup and Gwen, but Dee usually just got a little pat on the shoulder or back.

Before she did something weird like analyze what a kiss on the cheek from Ulrich Van Holtz meant, she simply walked away.