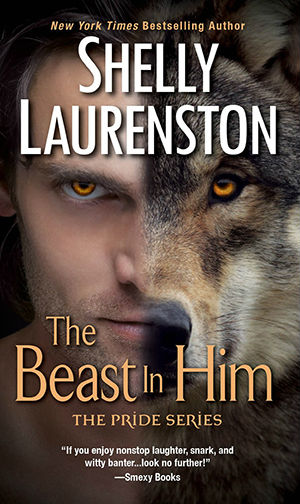 Some things are so worth waiting for. Like the moment when Jessica Ward “accidentally” bumps into Bobby Ray Smith and shows him just how far she’s come since high school. Back then, Jess’s gangly limbs and bruised heart turn to jelly any time Smitty’s “all the better to ravish you with” body came near her. So, some things haven’t changed. Except now Jess is a success on her own terms. And she can enjoy a romp-or twenty-with a big, bad wolf and walk away. Easy.

The sexy, polished CEO who hires Smitty’s security firm might be a million miles from the loveable geek he knew, but her kiss, her touch, is every bit as hot as he imagined. Jess was never the kind to ask for help, and she doesn’t want it now, not even with someone targeting her Pack. But Smitty’s not going to turn tail and run. Not before proving that their sheet-scorching animal lust is only the start of something even wilder… 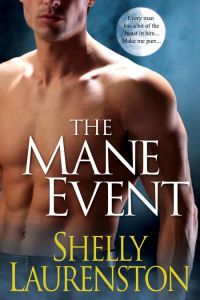 One of the hottest new voices in paranormal romance, Shelly Laurenston knows how to do it all, delivering tales that are wickedly funny, action-packed, and scorch-your-fingers sexy. With THE MANE EVENT, she proves just how delicious love can be once you unleash your inner beast…

How come all the good-looking ones are insane? That’s what runs through NYPD cop Desiree “Dez” MacDermot’s mind the minute she hooks up again with her childhood buddy, Mace Llewellyn. It isn’t just the way he stares at her with those too-sexy gold eyes-as if he could devour her on the spot. Or the six-four, built-like-a-Navy Seal bod-o-death. It isn’t even that he sniffs her neck and purrs, making her entire body tingle. It’s more about that disconcerting, shifting-from-man-to-lion thing that unhinges her…and makes her want more. Mace likes making Dez crazy. In fact, he likes her any way he can get her-in bed, on the desk, here, now, again. Together, they’d always been trouble, but Dez has no idea just how good trouble can feel…

Brendon Shaw, hotel owner and lion shifter, has seen better days. He’s been beaten, had a gun to the back of his head, and had to be rescued by a Pack of shape-shifting wolves. He didn’t think he’d survive the night, much less find the woman of his dreams. And he never thought the woman of his dreams would have a Tennessee accent and wear cowboy boots. Once he sets his sights on her, the predator in him is ready to pounce and never let go. Ronnie Lee Reed is ready to change her life, and New York City is the place where any girl-even one who runs with a Pack-can redefine herself. First order of business: find a mate, settle down, and stop using men for sex. Even big, gorgeous, lion-shifting, oh-my-what-big-um-paws-you-have men. Then again… 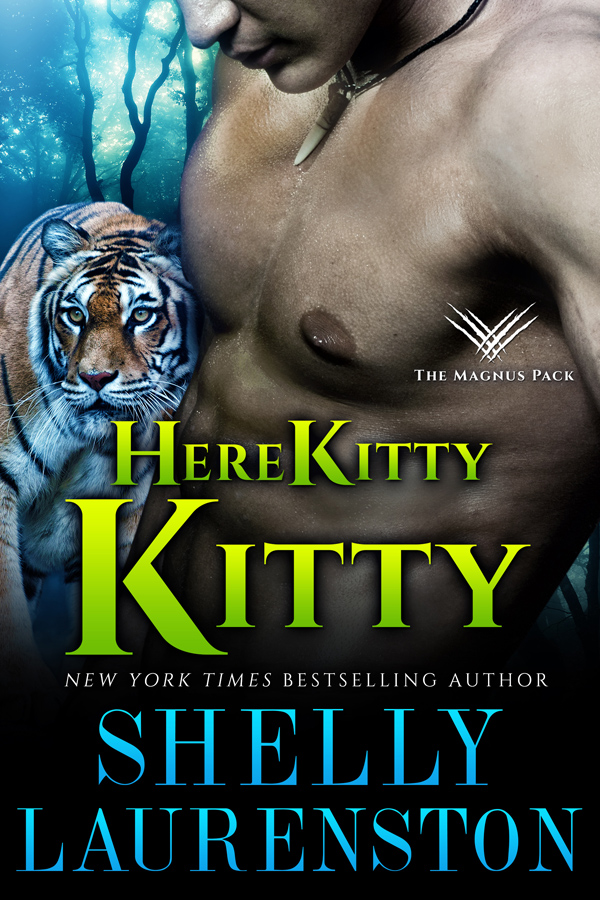 What do you do when you’ve got a hillbilly tiger by the tail? Or maybe the question should be: what wouldn’t you do…

Nikolai Vorislav likes his single life just as it is. Simple, relaxing, and quiet. What he doesn’t need is some foul-mouthed Texas hellcat living in his house, eating his food, flirting with his idiot brothers, and shooting holes in his home with his granddaddy’s gun. But those long legs, dark eyes, and lethal tongue are making Nik insane and he fears he may be caught in the sexiest animal trap ever.

Angelina Santiago doesn’t know how she got from Texas to North Carolina in a night or how she ended up in some hillbilly tiger’s house wearing only a sheet. What she does know is that she doesn’t like good ol’ boys with slow, sexy drawls who can’t seem to stop rubbing up against her. Yet in order to protect her friends, Angie has to stay with a cat who seems hellbent on finding all sorts of delicious ways to make her purr. 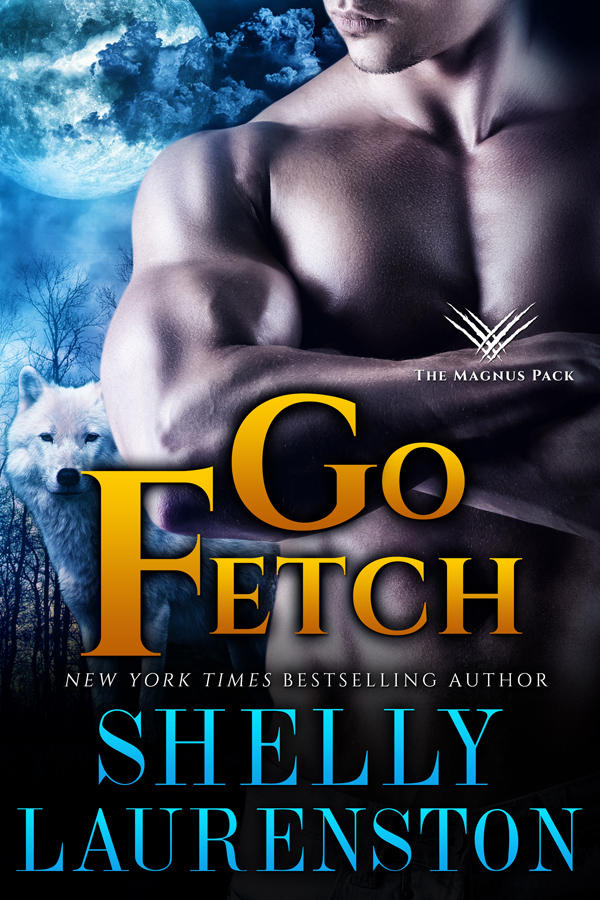 How much trouble can one small female be to a modern-day shapeshifting Viking? Well…it really depends on local gun laws.

Conall Víga-Feilan, direct descendent of Viking shifters, never thought he’d meet a female strong enough to be his mate. He especially didn’t think a short, viper-tongued human would ever fit the bill. But Miki Kendrick isn’t some average human. With an IQ off the charts and a special skill with weapons of all kinds, Miki brings the big blond pooch to his knees-and keeps him there.

Miki’s way too smart to ever believe in love and she knows a guy like Conall could only want one thing from her. But with the Pack’s enemies on her tail and a few days stuck alone with the one man who makes her absolutely wild, Miki is about to discover how persistent one Viking wolf can be. 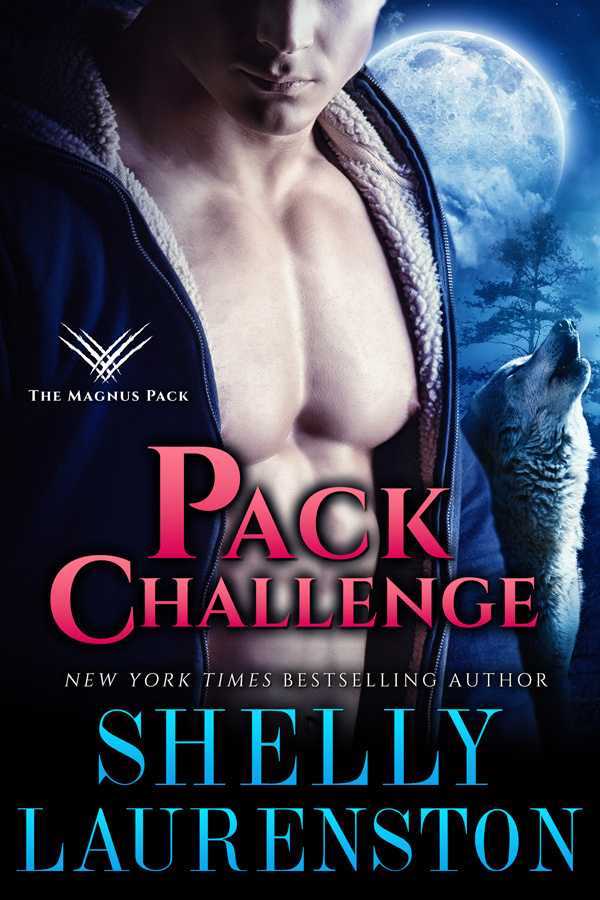 All Zach Sheridan ever wanted was to become Alpha Male of his Pack and to be left alone. What he definitely didn’t need in his life was some needy female demanding his attention. What he never saw coming was the vicious, scarred female who not only demanded his attention but knew exactly how to get it.

Sara Morrighan knew this was the best she could expect from her life. Good friends. A nice place to live. And a safe job. But when Zach rode into her small Texas town with his motorcycle club, Sara knew she wanted more. She knew she wanted him. But after one sexy encounter with her dream biker, everything is starting to change. Her body. Her strength. That new thing she’s doing with the snarling. Even her best friends are starting to wonder what’s going on with her.

But this is only the beginning. Sara’s about to find out her life was meant for so much more. And Zach’s about to find true love with the one woman who makes him absolutely insane.